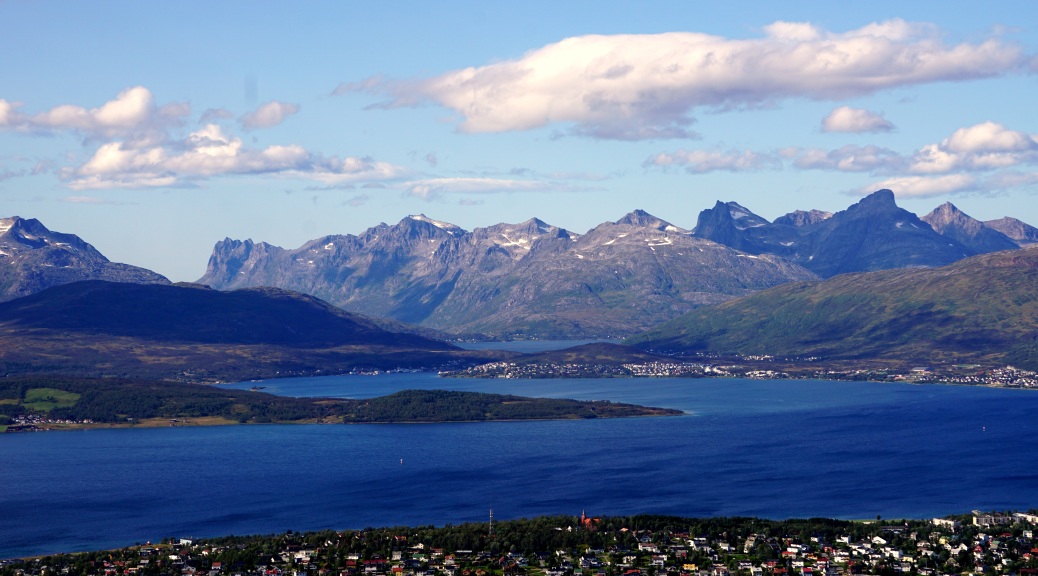 Tromsø.  A wild place in the far north. Well, that is I used to think it was the far north. Now I know it’s not really. Maybe that would be Svalbard. The flight from Oslo to Tromsø was incredible. Snow capped mountains, towering rock walls, barren peaks, and deep fjords all clearly visible from the plane. It reminded me of J. R. Tolkien’s books.The scenerey was unreal.

I arrived at the airport and took the bus into the city center all the while practically pinching myself to see whether I am actually here and whether this is real. I stayed with several friends here and had a nice time. I was quite independent and went out every day. I really enjoyed Mount Storsteinen and kept going up for the view. I did some hiking in the mountains there by myself and ventured up above the snow line. It was August, but it was frigid. The wind was probably the strongest I have experienced anywhere. Walking into it, I had to lean significantly just to move ahead because the it was strong enough to keep me from falling, even pushing me back a bit at times. Crawling up was a bit treacherous but I kept my footing on the narrow rock ledges. Part way up I found a nice rock to set on and spent some time meditating, praying and hearing from God. It was a very special time.  At the peak, I thought I wouldn’t be able to breathe because of the wind, so I stayed for only a few minutes. Going down was tricky because the wind kept pushing me and making me take bigger steps than I anticipated, which was dangerous because sometimes the ledges where I stepped on were only a few inches wide. 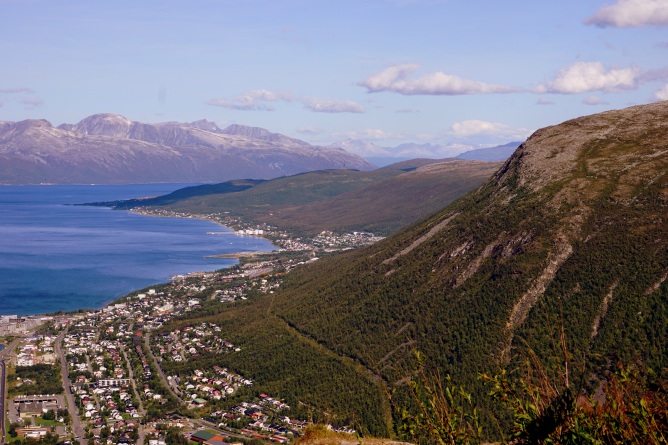 I walked up and down the islands along the edge of the fjords that  reached in from the Arctic Ocean. After all this city is 217 miles inside the Arctic circle. It has historically been the launching place for Arctic expeditions and northern whale hunting trips. On Sunday I found a rocky beach overlooking some snow-capped mountains and spent the time reading and meditating while strong waves crashed on the rocks spraying water everywhere.
Another highlight was seeing the northern lights again. I was not expecting this in August and it was a real treat to see the strange green lights dancing overhead while the bright moon rose from behind a bank of clouds next to the mountains. I was outside for hours admiring this phenomenon. This time of the year darkness comes around 10:00 and daylight at 4:30. It is so different from when I was here last December and it was dark the whole time, or in the summer when I would Skype with my friends and there was broad daylight all night long. 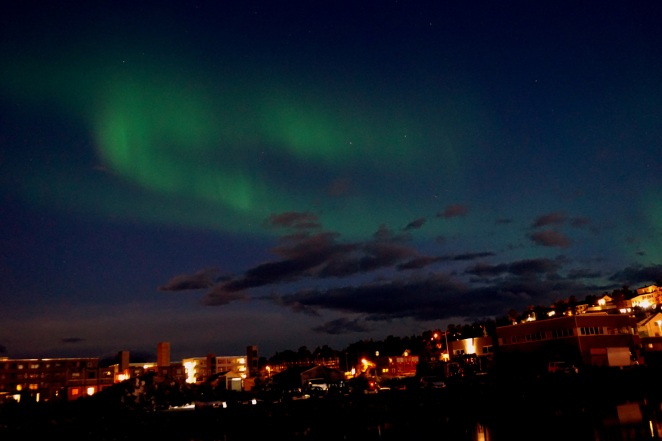 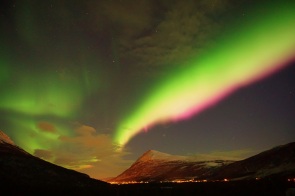 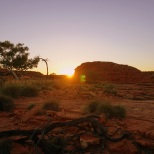 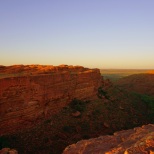 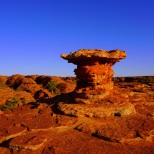 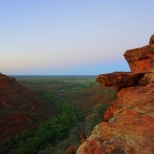 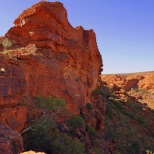 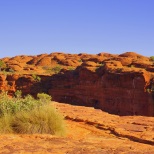 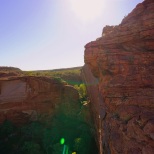 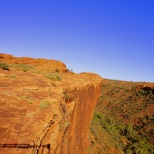 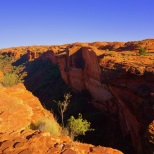